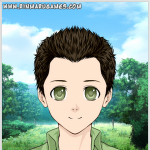 Some time in the future

Hiyo. I became a Christian when I was ten years old.

As a human being, I wouldn't really have superpowers. However, I have two unique traits that count as the closest thing to having powers.

Retrieved from "https://teentitans.fandom.com/wiki/User:NBEAC943?oldid=102105"
Community content is available under CC-BY-SA unless otherwise noted.