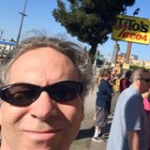 Most American families are pretty well educated and fairly set on their beliefs with some significant negative stereotypes. Scouting program allows for multiple teaching opportunities with family members - specifically the parents to break down these stereotypes and transform them into either "Friends of the Church". (Based in California.)

Vision of Scouting: To prepare every eligible youth in America to become a responsible, participating citizen and leader who is guided by the Scout Oath and Law. A Scout is: Trustworthy, Loyal, Helpful, Friendly, Courteous, Kind, Obedient, Cheerful, Thrifty, Brave, Clean, Reverent.

Retrieved from "https://teentitans.fandom.com/wiki/User:MainTour?oldid=70725"
Community content is available under CC-BY-SA unless otherwise noted.