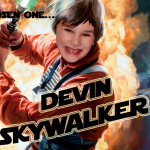 I literally never said any of that shit. I merely blocked Johnny for ignoring thousands of warnings and trying to get other users blocked. And why would I use such childish, stupid names? What do you think I am, five years old? Anyhow, you're perma-blocked for harassing other users. - PyroGothNerd

I hate it when you're mean to JohnnySparrow17, Pyro.

This isn’t going to make me and JohnnySparrow17 forgive Pyro

We're going to say uncomplimentary things about her stupid ass the whole year.

Johnny always called her a bitch. Do you want to know some of the other things he hates about and called her?

Retrieved from "https://teentitans.fandom.com/wiki/User:Devin_Skywalker?oldid=102407"
Community content is available under CC-BY-SA unless otherwise noted.