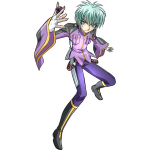 aka Lukas the Castle Knight, Lukas

Brother Blood
Anyone who abuses his technology,
Being half machine,
Gizmo,
losing battles,
not Having the remote for the TV,
Tofu,
Beast Boy losing things,
Being ignored by Beast Boy, Starfire's singing and cooking

A body made up of entirely robotic systems granting him superhuman strength, resilience to damage, capability to fix many appliances, unsurpassed knowledge of technology and robotics, a cannon built into his arm that can shoot sonic blasts, and numeral other gadgets built into his body

My Favorite Element of Nature

My Zodiac Sign's Element of Nature

Retrieved from "https://teentitans.fandom.com/wiki/User:Ace_Grit_the_Darkus_Hero?oldid=62165"
Community content is available under CC-BY-SA unless otherwise noted.