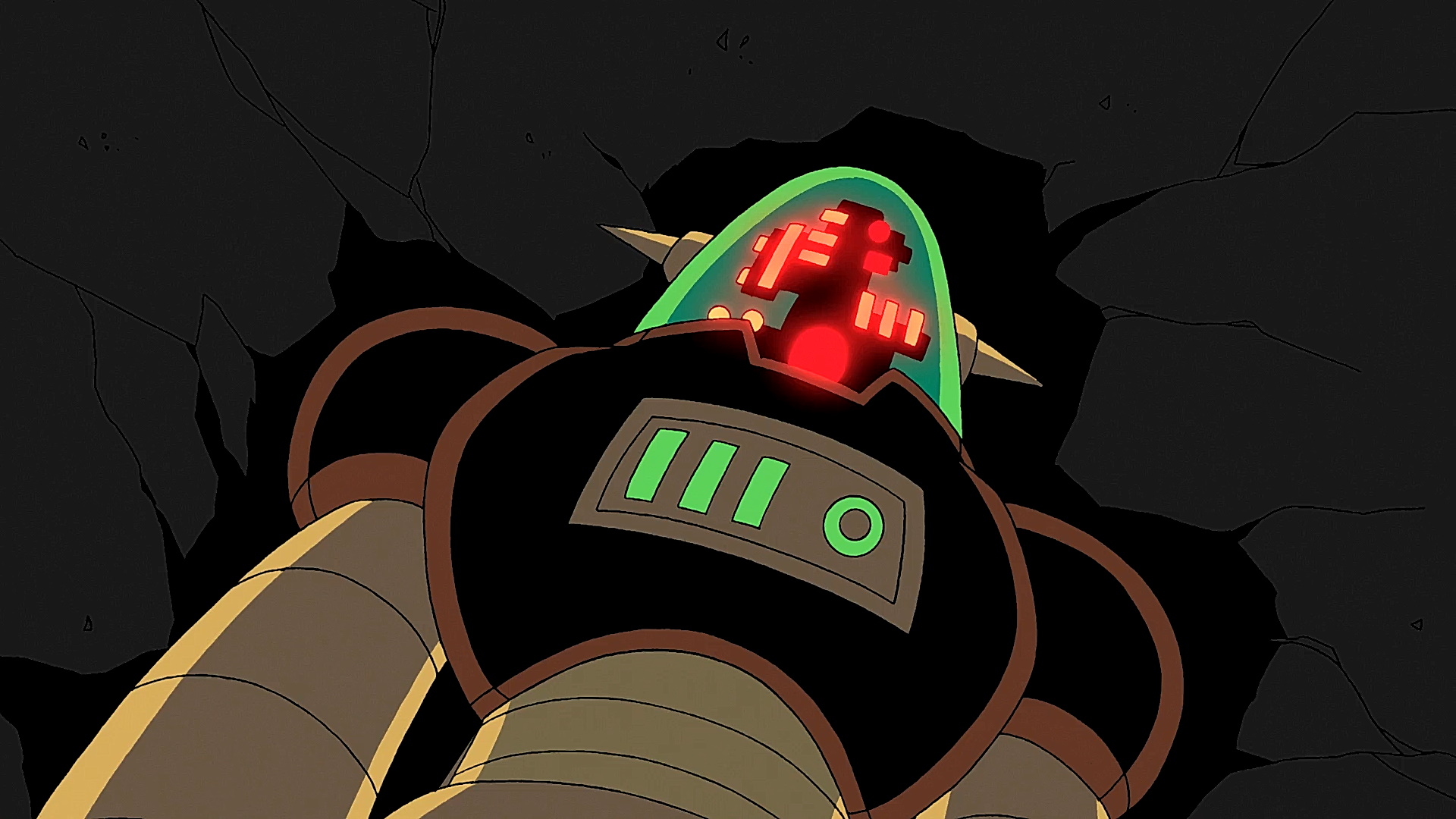 Seven-Gorn-Seven is a giant robot that was seen in Episode 257-494. In the episode, Control Freak recruited Seven-Gorn-Seven with the Creature from Jones Lake and Off-World Outlaw. When Beast Boy was in a black and white TV show, he meets a family. When a "visitor" knocked on the door, it was Seven-Gorn-Seven. Sometime later, Seven-Gorn-Seven and the other villains tried to stop the Teen Titans, but they were all defeated.

Retrieved from "https://teentitans.fandom.com/wiki/Seven-Gorn-Seven?oldid=35479"
Community content is available under CC-BY-SA unless otherwise noted.