Mad Mod is a recurring villain and an enemy of the Teen Titans who has no superhuman powers, but remains a formidable enemy through setting up entire worlds of dangerous false realities for the Titans to survive. He does so through technology and the worlds he sets up purposely mocks known physics, history and human principles, while also making references to 1960's British Mod culture, hence his name.

Mad Mod's first appearance was in the episode Mad Mod.

Mad Mod has no superpowers of his own, but he is a master of technological trickery and employs robots and holographic projectors, which he controls with a ruby-handled cane. In one circumstance, he was able to use such a cane to drain the youth from someone (Robin), making them old and himself young again. He also habitually employs optically induced hypnosis to make his victims submit to his will. Through his hypnosis and holograms, it looked as if he could control both matter and the laws of physics.

A Rules page has been set up. Please check it before contributing to the wiki.

This wiki has recently been adopted by PyroGothNerd

Teen Titans is back on Cartoon Network

In August 7, 2017 Teen Titans Has returned on Cartoon Network; with the successful ratings of Teen Titans: Trouble in Tokyo, Cartoon Network has decided to rerun Teen Titans since its last rerun in 2012. We hope it will bring new fans for the show as well as making it possible to greenlit Teen Titans for a season 6, but will have to wait and see if that happens. Thanks for reading!

Due to a recent glut of edits to the contrary, I'm going to go ahead and post here that the Teen Titans Wiki is only for content relating to the original 2003 animated series, its comic book spinoff, and the related games. We will not be recording the data for this new series, as it is not in continuity with the original series. There is already a Teen Titans Go! Wiki for content pertaining to the new TV series. Please add such information there.

After a lengthy round of deleting, I'm making an announcement here about what images are and aren't allowed. Screencaps, comic scans, and other official images are perfectly okay, as long as they're from the original Teen Titans and the Teen Titans Go! comic. Images from other comics are not acceptable (excepting when they're used to illustrate a point about the Teen Titans iteration of the character), nor are images from other DC cartoons; this is, after all, the Teen Titans Wiki. In addition, drawings, photoshops, or any other type of fanmade images have no place here whatsoever. Please keep these rules in mind in the future, as Admins will start handing out punishment from here on out.

Cartoon Network's Young Justice is an animated TV series based on the popular DC comic Young Justice, and is similar to Teen Titans, due to its relatable storyline of a group of younger superheroes. Feel free to add to their wiki page, but do not post Young Justice information here, please. 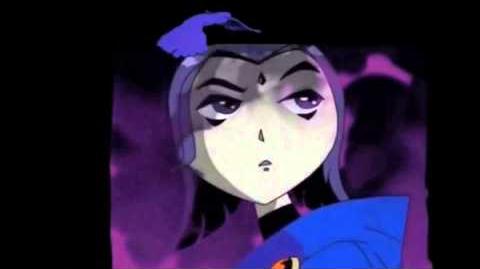 Robin vs The 3 Guardians Teen Titans The Quest 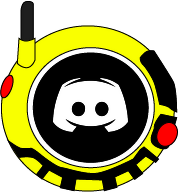 Here are some links to useful pages on this wiki.

Recently, I ordered The Complete Series of Teen Titans. While I eagerly await for the package, I rediscovered the series' intro in Danish.

Changes to the wiki and more

Recently there has being changes to the wiki from the Wiki Central staff, please bare with us. Myself, Pyro, Skyri…

My thoughts on StarFire

StarFire is my #1 favorite character from Teen Titans and all time. StarFire is warm-hearted, cute, adorable, lovely, gentle, soft, beautif…

Retrieved from "https://teentitans.fandom.com/wiki/Main_Page?oldid=111000"
Community content is available under CC-BY-SA unless otherwise noted.